Instead of lifelong careers and objectives, people and companies alike must pivot themselves along the way to continue bringing value to their lives and markets, respectively.

Not too long ago, there was a sense of safety that came with a salary. You’d land a steady job, continue climbing the ranks, then retire from that same job some 40 years later.

But somewhere along the line, lifelong jobs have become less and less the norm. Is technology’s hand in the rise of the gig economy to blame? Or is it because people now realize loyalty isn’t always rewarded at work? Perhaps it’s a combination of the two, but the bottom line remains: A life’s career is now an amalgamation of a variety of roles, pivots, and self-reinventions.

In his book, “Vanishing American Adult,” author Ben Sasse writes, “We are living through what is clearly the greatest economic disruption since the Industrial Revolution—and what might end up being the largest economic disruption since nomadic hunters and gatherers planted crops. We have seen flat median wages and shaky labor demand for nearly 3 decades even as folks are being forced to change jobs more frequently than ever before… Work instability will become an even more regular feature of future experience.”

Innovation is the remedy for work instability. 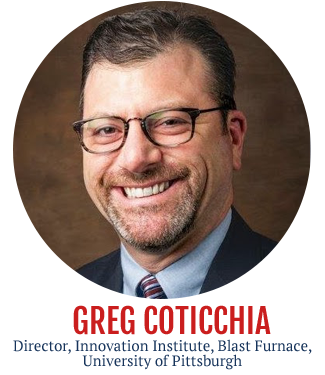 Though people and companies may not initially want to reinvent themselves, it’s no longer simply just a want. It’s a need. Greg Coticchia, for example, led a life in an already-unstable industry: startups. Since 1985, Coticchia went from startup to startup, learning early on that he needed to recognize his skills for those times he was in-between companies.

“Startups blow up; startups get sold; startups enter different phases,” he states. “In between those periods of time, you have to figure out who you are and where you can add value.”

He may not have realized it at the time, but Coticchia had begun reinventing himself. And a lifetime of pivoting followed. He created his own startup consulting company and continued his title as entrepreneur… until he took his next big turn. Coticchia now works as Director of the Blast Furnace at the University of Pittsburgh’s Innovation Institute, an incubator of sorts for student business ideas. 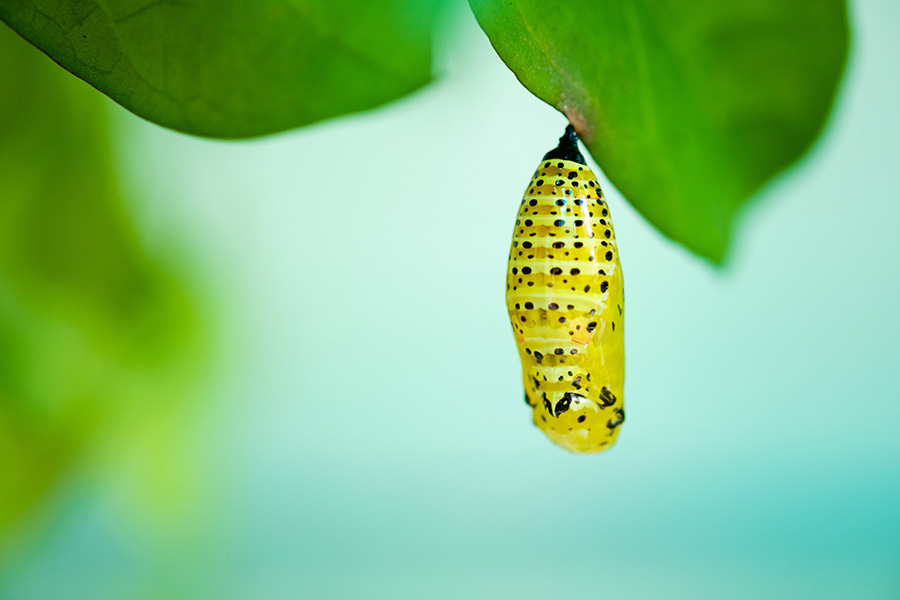 Coticchia likes to joke that he never expected himself to end up as an academic. “I went from 14 startups to a 227-year-old, large, bureaucratic university,” he says, laughing at his own career timeline. He doesn’t even enjoy being called an academic—”people love their titles,” he jests. But he says it was necessary for him to pivot, mentioning that startups are all-consuming and “really a young person’s game.”

Luckily for Coticchia, he’s been able to marry his passions—building businesses and problem-solving—in his new role as the Director of the Blast Furnace. Plus, he’s gained plenty of insight throughout his numerous career roles.

“There isn’t a path. People need to be open to that,” Coticchia concedes. “When you start working in lots of different businesses, you get a broader view of the world. It’s like traveling. You make better decisions when you see lots of different things… Multiple experiences, success or failure, make you appreciate what each situation is.”

“When you start working in lots of different businesses, you get a broader view of the world. It’s like traveling. You make better decisions when you see lots of different things.”
—Greg Coticchia, Director, Innovation Institute, Blast Furnace, University of Pittsburgh

On an individual scale, reinvention can sound frightening—it sounds like starting over. For companies groveling to stay relevant within a modern economy, though, pivoting the entire business focus is an even bigger pill to swallow. Just like you’ve built up your own skill set, companies have molded their brand and offerings specifically to their markets—but what happens when those markets change?

That’s what happened to GPA, Specialty Substrate Solutions. Producing paper backed with water-activated adhesives, GPA had a hold on the market from the 1970s through the ‘90s. Trina May, GPA’s Director of Marketing, has been with the company for 20 years in September.

“We try to stay on top of what is happening in the industry and recognize when the direction is changing and evolving,” May begins. “It’s really a part of our strategy to be ready to reinvent our business when the time is right.”

“At one point in our company journey, our customers were asking for better label product solutions,” May begins, “and adhesive technology was advancing quickly, so we moved from gummed papers to pressure-sensitive/peel-and-stick products. It was at this time that GPA determined a name change was required, going from being known as ‘Gummed Papers of America’ to ‘GPA, America’s Label Experts’. The acronym of GPA has remained constant, but our tagline and focus have changed to encompass who we are and what we offer over the years.”

She says, “Today our focus is not only on products but also the solutions and support that we offer companies that partner with us.”

Responding to changing customer needs in the marketplace is only one reason why a company would reinvent itself. A few other reasons, according to May, are “the economy, technology, and competition.”

And technology is what brought GPA to its next pivot in 2007 when digital printing began its rise. “We had been a part of it [digital printing] from the beginning, but our customers weren’t fully aware of what we offered or how we could help them, and our company didn’t know how to tell our story. We were growing fast, and we needed to get our arms around who we were to our customers. This is when we developed the “Ask GPA” moniker and campaign to clearly give our company and our customers the call-to-action that all they have to do is ask; we have the solutions.”

Many people concerned about the changing career landscape might point the finger at technology, but it’s not without good reason—especially with the creative opportunities that social media now presents. 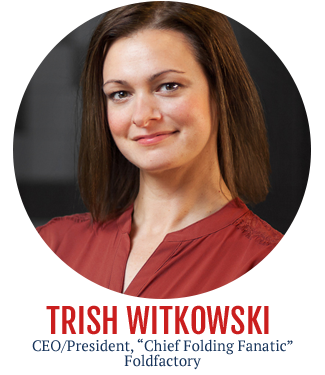 Foldfactory is another printing industry example of reinvention—the company creates folded print materials for marketing, direct mail, and special events. Foldfactory’s President, CEO, and “Chief Folding Fanatic,” Trish Witkowski, started the company about 15 years ago while pursuing her master’s degree at the Rochester Institute of Technology School of Printing. As a designer in need of a thesis topic, Witkowski started researching folding, and that research turned into an 850-page book (two volumes), and the book became template-building software, and that software was the basis for Foldfactory.

Although Witkowski was excited about these new folding possibilities she’d discovered, she noticed the excitement wasn’t reciprocated. She even won the GATF InterTech Award in 2004, which was a defining moment, but not enough to give Foldfactory the push it needed.

“I was establishing a niche that nobody thought was important or creative,” she describes. “It took a long time to prove the power of what I was doing.”

Facing a lack of interest in her groundbreaking software and research, she said, “‘I have to reinvent myself. I can’t keep doing these static lectures and articles, they’re not resonating enough with people.’ I realized I had to get creative and do something that was going to get attention.”

That’s when “60-Second Super-Cool Fold of the Week” was born—Foldfactory’s YouTube series starring Witkowski in a punny folding shirt, in which she features a fresh fold design that was either submitted by a viewer or discovered through her network of global printer friends. 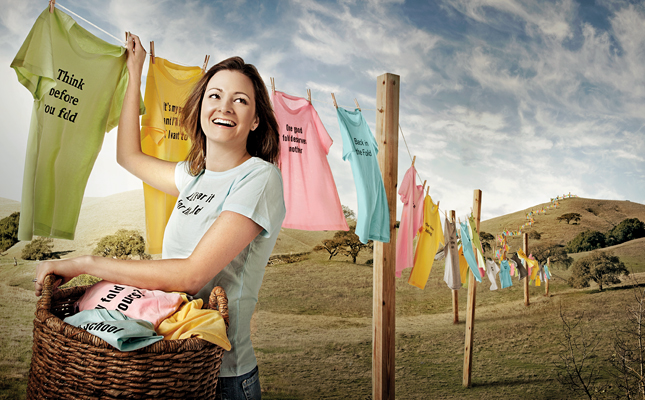 Eight years, 20,000 subscribers, and nearly 400 episodes later, Witkowski’s YouTube show is a quirky hit. Cultivating the creative side of her niche industry, she’s been able to pivot and provide both the creative side and the production side of folding—something that was necessary for success. Fans range from professional designers to printers, paper enthusiasts, students, and crafters. Witkowski says the show put her on the map and has led to new products and lots of speaking events.

With her YouTube celebrity giving Foldfactory its persona, Witkowski relaunched the company to include two sides. “One side is the products and tools we manufacture, and the other side is events, research, content, online courses, and publications—the “education” side, where I’m pushing out the content and educating and inspiring people,” she says.

Though Foldfactory has already had a fun run, Witkowski isn’t stopping there. She continues to build the business with new rollouts—the newest being pre-cut cards for the consumer craft market. They decided to venture into B2C after discovering through market research (and her Pinterest stats) that crafters and busy moms are in need of some folded inspiration.

“It’s interesting how sometimes the opportunities reveal themselves if you allow yourself to look for them,” she says. As a result, Foldfactory plans to launch consumer products this fall.

“It’s interesting how sometimes the opportunities reveal themselves if you allow yourself to look for them.”
—Trish Witkowski, President & CEO, Foldfactory

Reinvention isn’t starting over. It’s building upon what you already have. Whether you’re an individual or a company, there are base skills that set you apart from the competition.

Coticchia says, “There’s always something you can do to add value. Everyone has gifts, everyone has assets, they can’t all be applied in one way—there are multiple ways to apply them.”

“There was a time not that long ago where people looked at you saying, ‘Oh, you’re not at the same job for 25 years collecting a gold watch? There must be something wrong with you,’” he describes.

“Break out of that mindset.”