Don’t be an Egret. By Mark Potter

There is nothing better than letting go of everything for a few days and just connecting with your loved ones. On a recent vacation, we swam in the ocean, canoed in the mornings and just relaxed. One of our favorite activities was fishing off the dock in a nearby lagoon.

One morning, the kids caught a few small sunfish. They were reeling them in with almost every other cast. Seeing my daughter bring in a fish on a little pink Barbie pole was priceless. But we were not the only ones who were excited about our catch. Out of nowhere, a majestic Egret swooped in and started staring us down.

Egrets are large birds you usually watch in silence. Occasionally, you see them in a nearby pond or lagoon. You typically marvel at their size and elegance. Unfortunately, I no longer hold the Egret in such high regard. Based on our friend, who my daughter named Charlie, I have lost a bit of respect for the big bird.

Charlie stood no more than 15 feet away from me as I was fishing. When I reeled a fish in, he shuffled his way closer and gave me the glare. At first we were in awe. We couldn’t believe the experience we were having. I would toss him the fish and he would snap it up in one bite. As he swallowed it down his elongated throat, you still could see the silhouette of the fish. We snapped pictures and had a genuine enthusiasm for our wildlife encounter.

After a few days of fishing, we realized that Charlie and his Egret buddies were not leaving us alone. They also were counting on us to bring them dinner. As we saw other interesting waterfowl dive into the lagoon and hunt for their food, I started to become embarrassed for the Egrets. They were not only disregarding their own responsibility, they were depending on others to provide for them. This once proud bird became a sideshow to us. They had become dependent on humans for fishing the shores and ran the risk of damaging their long-term ability to survive.

Don’t be an Egret. The world we live in demands that people take responsibility for themselves. You cannot make excuses, blame others or wait for someone to provide for you. Salespeople in this new day will be the ultimate self-starters. They will dive into the water with great energy, and hunt and capture their own rewards. The ones who expect others to provide may receive a few token gifts in the short term, but they will lose the ability to fend for themselves. As you try not to be an Egret – remember not to feed them either. 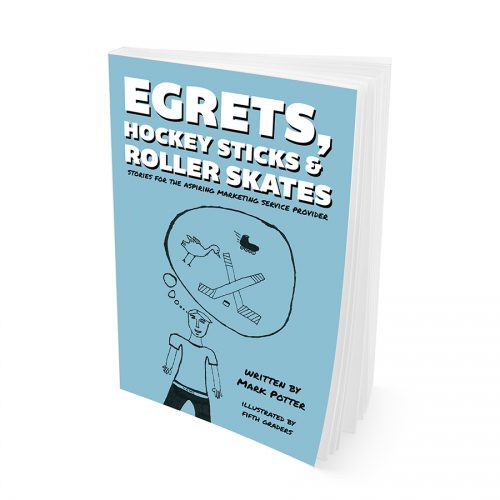