Elon Musk came right out and said it. During South by Southwest (SXSW) 2018, the CEO of Tesla and Space X, and one of the world’s foremost technology entrepreneurs, not only admitted that he was extremely close to the cutting edge of AI, but that the whole concept scares the living hell out of him. “It is capable of vastly more than anyone knows, and the rate of improvement is exponential,” he told a jam-packed crowd of tech groupies. “We have to figure out some way to ensure that the advent of digital superintelligence is one which is symbiotic with humanity. I think that’s the single biggest exponential crisis that we face.”

Listen, we get it. In a landscape running amok with people afraid of political upheaval, economic collapse, sufficient retirement funds, and the list goes on, there are concerns over the state of tomorrow, particularly a robo-revolution that will eventually replace each of us with the chatbot next door. According to Pew Research’s “Automation in Everyday Life” report, 72% of U.S. adults surveyed expressed worry over automation, compared with 33% who were enthusiastic.

When asked whether they would or would not personally use specific automation technologies, six in 10 expressed concern over things like driverless cars (56%) or employing a robot caregiver for themselves or a family member (59%). Interestingly, and a tad bit scary, 76% admitted they would not apply for a job that uses a computer program to evaluate and select applicants.

Depending on what side of the fence you decide to stand, when it comes to the advancement of technology there are two main camps—those who fear it and those who are excited for what it will bring. It is a black and white mandate that Isaac Herring says is not as clear cut as it appears. Herring is the director of sales for Lucion, a company that makes FileCenter DMS, a software program that helps turn paper into searchable computer files, making them easy to store and find, and simple to change later (even as PDFs).

“As its presence grows, companies have had and will need to continue to invest heavily in human capital to bring them up to speed for AI to be successful.”
— Isaac Herring, Director of Sales, Lucion

From where he sits, the world and most every player in it continues to approach the rising technology plateau with one eye open and the other in full squint. “I believe the major fear comes from laziness and wanting to hang their hat on status quo,” Herring says. “When people are comfortable, why change anything? I use the word comfortable, but that can just as easily mean more comfortable than having to learn something new or face the fact that their way may not be the right way.”

In his nearly two decades in sales and business, Herring has seen too many managers avoid wanting to see how processes could make what they do better, faster and smarter. “It might mean that their way is wrong.”

To be fair, Herring says that it is not just management, but also the general worker population that fears the unknown—an unknown that means, in their minds, that progress is coming to take their jobs away. But, as Herring and others say, that couldn’t be further from the truth.

“As we look at new technology today, AI is taking a larger and larger role on the world stage. As its presence grows, companies have had and will need to continue to invest heavily in human capital to bring them up to speed for AI to be successful. Training on the job, but also helping high schools and trade schools with STEM programs, must be a part of this plan.

The translation is simple: Look for a way to be a part of the revolution, not a detriment. For example, Herring uses his role as a sales leader, which he says is about creating relationships and human interaction, a place where AI still is finding a way in.

Are you going to go my way?

Just how far has the AI Revolution come? Take a look at what the company Gong.io is doing. By using computer automation, Gong turns phone, video and text conversations into mission-critical information that companies can use to coach customer-facing teams, increase win rates and improve strategic decision-making. And get this: The platform becomes smarter as it analyzes more data, ensuring discoveries are refined deal after deal.

To date, the Gong platform has helped sales leaders at companies like LinkedIn, GE, Drift and ZipRecruiter get a realistic look at what their best salespeople are doing—from the specific terms they use in sales pitches, to how they structure their calls. The intel helps their tactics and strategies be replicated.

“As a sales coach, this type of technology is invaluable,” Herring says. “It helps me know how to help my team understand what will give them the best chance at closing a deal. The jobs of the future may not be quite so manual, but there will always be a need for people. AI should not be feared.”

This is the same approach that Carlos Gil advocates taking. The social media and marketing entrepreneur has cut a swath of success working as a social media marketing manager for brands like LinkedIn, Save-A-Lot and Winn-Dixie. Gil, who also co-wrote the book, “The End of Marketing: Humanizing Your Brand in the Age of Social Media and AI,” says that approaching the essence of AI with its ability to help is the best course of action.

“Automation through AI is going to disrupt the way we work,” Gil says. “Imagine for one moment now if I could take every single blog I’ve ever written, every podcast I’ve ever been on, every YouTube video I’ve ever created, and I put all of these forms of content into a computer and that computer spits out my next book. That computer already knows how I sound, how I write, how I think. That is going to happen. AI will be seen as a blessing and a curse. It will make our jobs inherently easier.”

Gil asks again to imagine a world where you can program AI to identify every single person that lives on the internet who needs your services or your product. If you sell insurance, it will give you the people who need insurance. If you sell real estate, it will identify the people who need real estate. “AI goes out and finds these people for you. When that happens, you won’t need sales reps anymore. You will just need closers.” 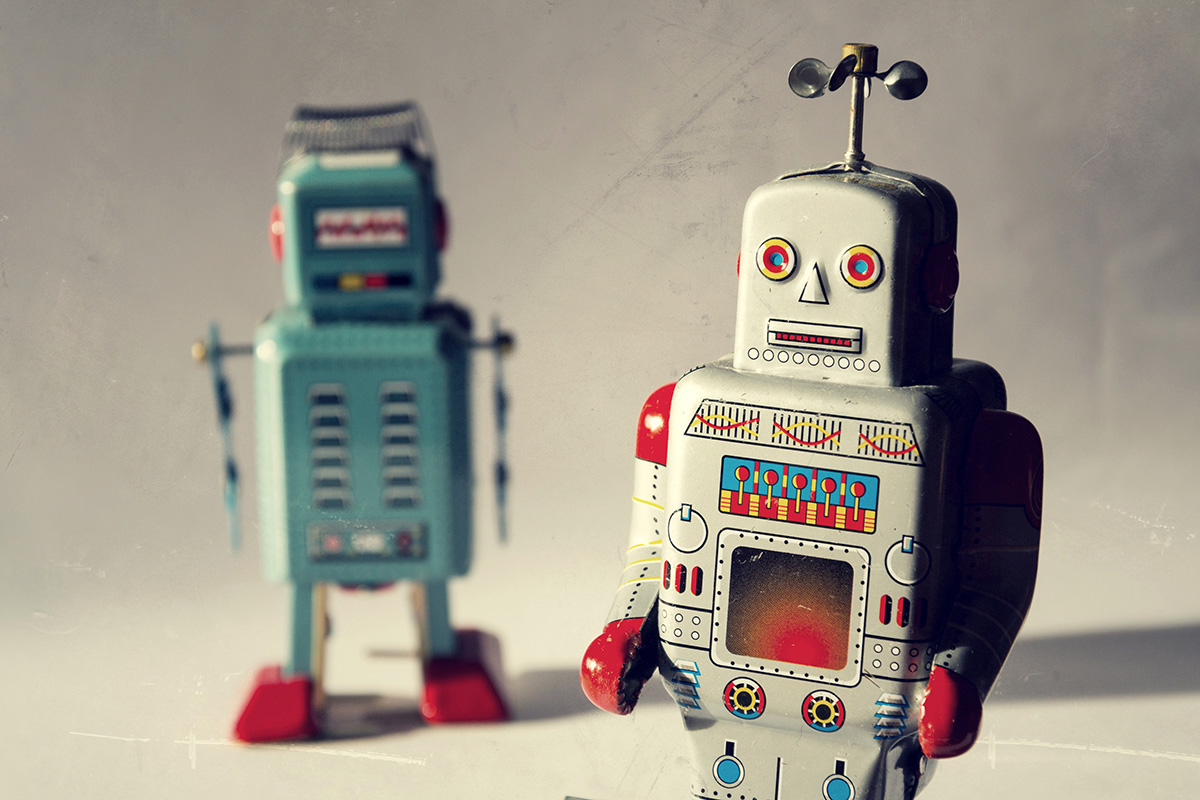 Pew Research’s “Automation in Everyday Life” report, 72% of U.S. adults surveyed expressed worry over automation, compared with 33% who were enthusiastic.

So, should we fear AI? If you go back to the Pew Research report, you will find that Americans think automation will likely disrupt a number of professions, yet relatively few think their own jobs are at risk. For example, 77% and 65% respectively believe that jobs like fast food workers and insurance claims processors will be mostly performed by machines in their lifetime, while around 50% expect the same will be true of jobs such as software engineers and legal clerks. On the other hand, only 30% think they will be replaced by bots.

There is a quote from a prominent clergyman during the Revolutionary War who said of one of our founding fathers, Samuel Adams: “His mind was so replete with knowledge as to cast away all fear of those listening.” Where does that leave us? It takes us to the other fear in the advancement of technology—who will lead us?

Says Herring, “I have found when a true leader with a well-thought out plan takes the lead, much of the fear that surrounds the new process is alleviated. A good leader will also remove most of the negative effects that poor management often brings when new processes are put into place, i.e., nobody uses it or they only use the bare essentials to get by but never really reach a true ROI on the product or process.”

The fear of AI is only real if you resist where its progress can take you.